Franchising a healthcare and medical facility is not only a golden opportunity for businessmen; it is also a beneficial move for the community. However, being a successful healthcare franchisee is not an endeavor that anybody can enter. So, how do you know if you’re a suitable candidate?

Here are some of the signs to look for:

1. You have great business skills

Healthcare franchises like urgent care opportunities are essentially businesses. That said, a great candidate is one that has adequate business skills to run the franchise successfully. Ideally, you would already have business experience under your belt prior to franchising a healthcare facility. While the length of time in the business does not determine the quality of your skills, experience does come in handy when operating something unique like a healthcare franchise.

Healthcare franchises are wholly different from other types of businesses that aim to please customers. In healthcare, you aim to help patients recover and achieve a better quality of life. That said, a compassionate leader should be on top of the franchise; one who truly cares for both patients and employees. If this is a quality that you see in yourself, it’s a sign that you are ready to be in the healthcare industry.

3. You have outstanding people skills 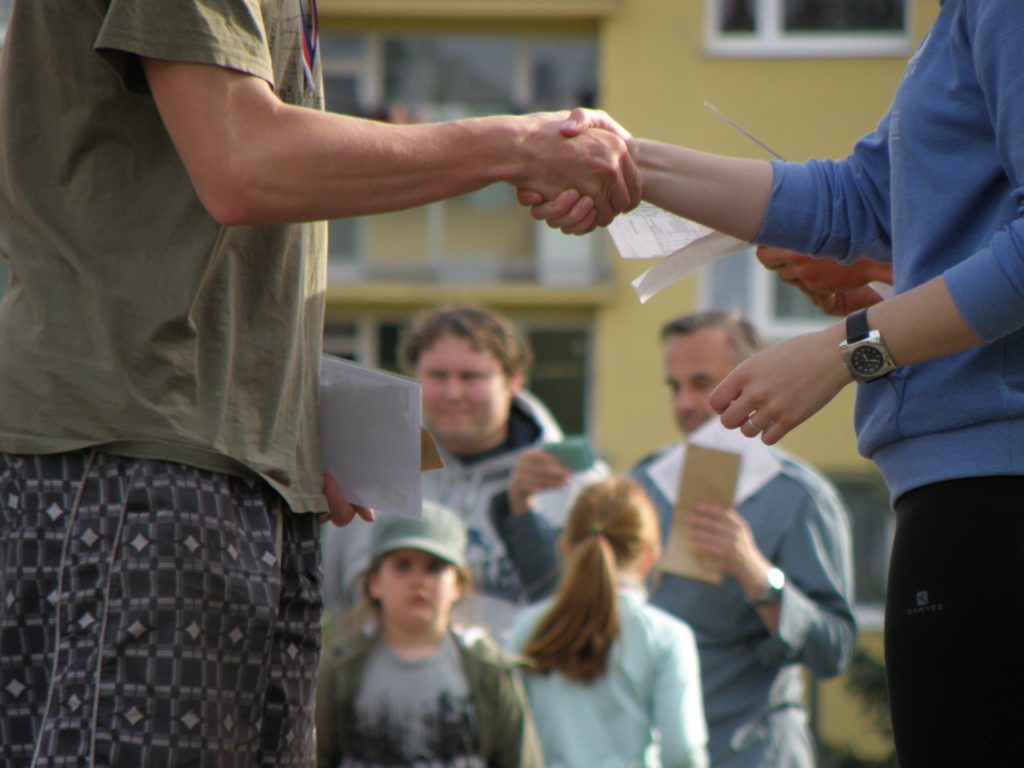 Being a healthcare franchisee involves much more than just dealing with shareholders, board members, and other higher-ups. You also have to be able to communicate well and interact with healthcare staff, patients, and patient’s families. In short, a good candidate for a healthcare franchise is inherently a people person, someone who can relate to people and manage them in healthy ways.

4. You are a flexible person

Flexibility is something that all franchisees need, regardless of which industry they are in. A healthcare franchise, in particular, involves many different tasks from business administration to human resources management. Although you can definitely hire people for the many different roles involved in a healthcare facility, the one on top should be able to deal with all the problems that arise from different departments. Thus, the more flexible you are as a leader, the better you will be able to guide your business to success.

Sometimes, an employee will not be able to report to work for a family emergency. Other times, a patient may not be able to pay their full hospital bill. A good healthcare franchisee should be able to look beyond profits and practice empathy with both patients and employees. In this way, employees will be more motivated to work, knowing that they are being taken good care of by their employer. And as for patients, they will be more than willing to give you good reviews and recommend your facility to people they know.

More importantly, empathy is one of the core values in an industry that deals with people’s health and lives. If you lack this soft skill, you may not be fit for the role of a healthcare franchisee.

A healthcare franchise is an excellent investment for suitable candidates and a convenient healthcare provider for people in the community. If all the signs mentioned above apply to you, it means you are a great candidate for this type of investment. Phone systems are crucial to the everyday operations of every business. Without it, communication and collaboration among staff and customers will just be impossible.

If your business still relies on outdated, traditional phone systems, you may be in trouble. Outdated hardware may just not satisfy the telecom demands of today, which can hurt the productivity of your employees and, eventually, your business. Here are three common issues that may arise from your outdated phone system and ways to resolve them:

Unfortunately, for any phone system, this is bound to happen at some point. With telecommunications constantly experiencing advances in innovation, it may only be a matter of time until your phone system becomes obsolete.

What happens if your system becomes obsolete? It can lag, cause disruptions, or give up completely. For older systems, the average cost of a minor repair is $200. For major problems, it can jump to $2000. Moreover, downtime to fully repair the system can take anywhere from one to three days. Updating your phone systems helps ensure that your business is ahead of potential problems. It's good to seek new options every six to ten years.

Have you gotten complaints of missed calls from customers? This may be because your phone system has its lines maxed out and, therefore, cannot accept any more calls. Lost revenue because of missed or unanswered calls is estimated to cause billions of dollars in the U.S. Moreover, according to the Baltimore Post Examiner, nearly 90 percent of customers whose calls were not answered would never call again. If a customer had questions or concerns you weren't able to answer, they could end up chatting with one of your competitors instead.

Do you think that the limited features of your present phone system aren't an issue? Think again. Just like how phone systems can become overloaded, your growing business might need a new set of features to keep up with your evolving communication demands.

If you want to conduct videoconferences in the future that require remote employees to join in, will your current phone system support that? How about auto-responses or touch-screen features? All of this can matter for your business. This is why it pays if you invest in modern telephony technology such as a business-grade PBX phone system. It's a feature-rich system that has features such as extension dialing, customer wait queues, music on hold, call conferencing, and business hour settings.

A study from Hanover Research found that despite the rise of video, email, and social media, three out of every four small and medium-sized enterprise owners said that voice communication is still essential in their operations. This shows that despite the advent of new communication technologies, many still prefer the good ole phone call. This highlights the importance of ensuring that your phone systems are responsive and fast to maintain high quality of service.

The post Three Problems Phone Systems Might Face and How to Resolve Them appeared first on Occupy Wall Street News.

Unlike wine connoisseurs, beer lovers (or, if you want to be fancy, cicerone) aren’t particularly picky about a brew’s origin. After all, a traditional English Ale is going to be judged completely different from, say, a Czech lager — save, of course, for when it comes to hops.

Of all the hops you’ll encounter on your beer brewing journey, there are four commonly cited hops that you’ll probably see: Saaz, Tettnanger, Spalt, and German Hallertaue hops, collectively known as the Noble Hops. These hops derived their name from the fact that they were the first commonly used hops in Europe back in the medieval times, and their strains persist today. For brewers and cultivators, the Noble Hops are a choice ingredient for giving beers a unique hoppiness, aroma, and flavor.

Here are some basic facts about the Noble Hops, and why you should consider them for your next home-brewed ambrosia:

Although it sounds German, this hop actually hails from the Czech city of Žatec (Saaz is the German pronunciation of it). The city is renowned for its hop cultivation, and the Saaz hop is its crowning jewel. Saaz hops are prized for their spicy, floral, and citrusy aroma, with some beer sommeliers even detecting hints of cedarwood, tarragon, lavender, and at times, smoked bacon.

Unfortunately, the Saaz is also an extremely delicate plant, having been cloned nine times since the Middle Ages. Thankfully, modern cultivators are able to preserve the plant and keep it alive and kicking.

The German town of Spalt has been in the hop cultivation business since the late 8th century, but it wasn’t until 600 years later in the 14th century when this Bavarian brew started making rounds across Europe when it was cross-bred with the Saaz hops. By 1538, the Spalt hop was given the German hop seal, a centuries-old seal of approval that’s still cherished today. The Spalt hop is known for being hoppy, floral, fruity, and herbal, with brewers also finding notes of banana, woody, and peppery flavors.

Originating from the South German town of Tettnanger (near the border with Switzerland), the Tettnanger hop is now grown worldwide, with some strains being cross-bred with Fuggle hops (although the latter is not considered to be a “true” Tettnanger hop, and therefore not a Noble Hop). Although it has a hint of spice, it’s much softer and more balanced, with floral and herbal aromatics taking center stage, while its bitter and aromatic flavors lend it a more subtle mouthfeel than other hops. 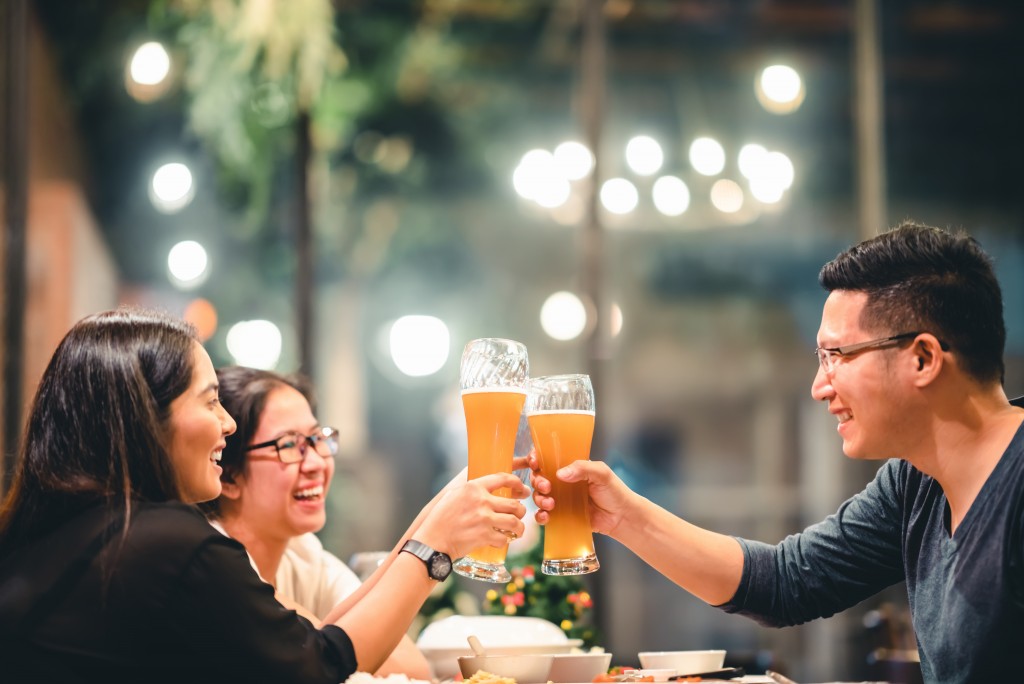 Unlike the previous three hops, which are all derived from the same strain, the Hallertaeu, or Hallertauer Mittelfrüh hops, is thought to be descended from an ancient German landrace, or a traditional wild breed of hops in Germany. Because of this, the Hallertaue hops is susceptible to wilt disease, which has led cultivators to cross-breed it with hardier strains like Fuggle. This hop also has spicy and floral aromas and flavors, although it is much more subtle than its Noble peers.

The Noble Hops are among the most prized ingredients in beer brewing. As its name suggests, it lends a unique, refined, and completely pleasant aroma and flavor to your favorite brew.

The post A Basic Look at the Noble Hops appeared first on Occupy Wall Street News.